Appin Parish Church is part of the Church of Scotland. With a strong and active congregation, Rev Dugald Cameron looks forward to welcoming you to our regular Sunday services.

The Appin congregation gathers together every Sunday at 10:00am with Rev Dugald Cameron for morning service, as well as on special Christian festivals.

On the last Sunday of each month there is an “all-age service” when members of the
congregation take a greater part in the presentation and leadership of worship.
Holy Communion is usually celebrated on the first Sunday of March, June, September and December.

You are welcome to join us at 10:00am every Sunday.

The church is located centrally in the community beside the main A828, opposite the community car park, and next to Appin Village Hall.

Appin Parish Church is part of the Church of Scotland and is one part of the linked parishes of Appin with Lismore.

We are a strong and active congregation. We reach out and touch many of our other Appin organisations, sharing the Christian message throughout our treasured community
and wider. We gather together each Sunday to nurture and build our faith.

Dugald was born in Glasgow growing up in Partick and Scotstoun. He was educated at Victoria Drive Secondary, before becoming an accountancy trainee. He studied at the University of Edinburgh gaining a BD, Dip. Min. and MTh. He also studied at Tubingen University and UTCBangalore, India. Licensed by Presbytery of Dumbarton, he was assistant at Edinburgh: South Leith, and ordained by Presbytery of Gordon as Associate Ministerat Inverurie: St Andrew’s. Inducted to Edinburgh: St Martin’s. Later transferred to Glasgow: St John’s Renfield. In 2007 he moved to Kilmore and Oban. At the end of Oct 2021 Dugald was inducted to the Parishes of Appin and Lismore. Moderator of Presbytery of Argyll 2017/18. He has presented worship on BBC Radio Scotland, BBC Radio 2, 3, 4.

Dugald is married to Kirsten. Daughters Christiana and Islay are both away studying at University and college. His interests include football - Hearts and Partick Thistle – rugby, having played for 20 years, walking in the Highlands and Southern Germany, Scottish and European history, all things Gaelic and singing with Oban Gaelic Choir.

Rev Dugald is more than happy to receive requests for weddings, baptisms, membership and pastoral care.

Support during the Covid-19 emergency.
Find out more> 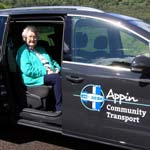 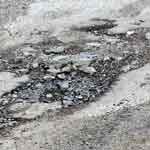 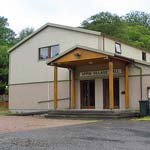 Appin village hall is available for community use and private hire.
Find out more> 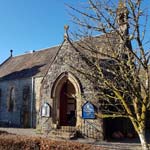 Working together for the whole community.
Find out more> 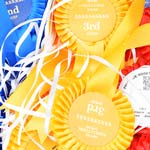 One of Argyll’s best local shows, a great family day out.
Find out more>