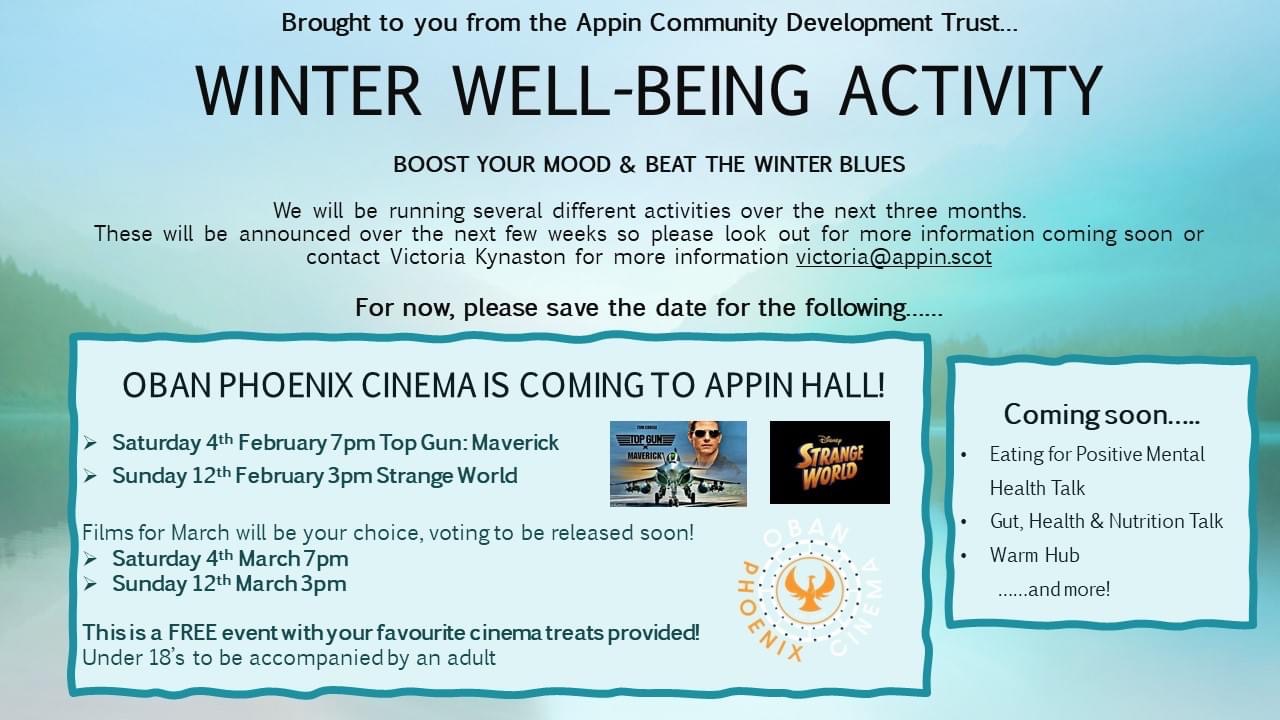 Boost your mood and beat the Winter blues

We will be running several different activites over the next three months that will be announced over the next few weeks, BUT save the dates for Oban Phoenix Cinema in Appin.

These are FREE events with your favourite cinema treats provided. Under 18's to be accompanied by an adult.

Look out here and on WhatsApp for the COMING SOONs! Or contact Victoria KKynaston for more information - victoria@appin.scot.